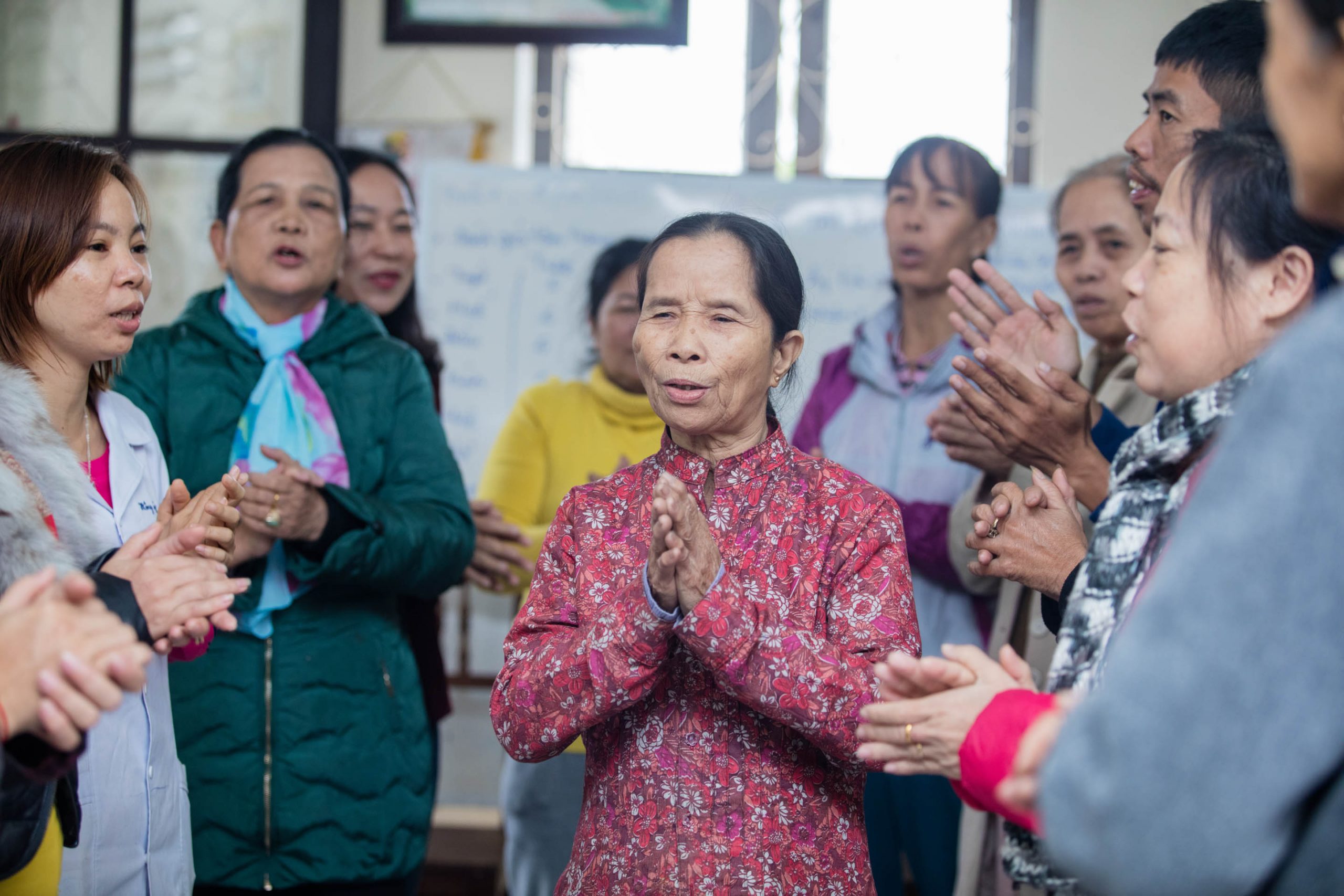 Mental illness too often leads to isolation and financial and social struggles. Life with a mental health issue becomes even more difficult when services and support are not readily accessible. Viet Nam faces many of these challenges. Comprehensive mental health services are not available at health care facilities outside of psychiatric hospitals. In general, the needs of mental health patients are often overlooked by both health care professionals and the general population.

Stigma around mental health disorders continues to be a problem in Viet Nam and people living with mental illness are too often ashamed to seek help. “People with mental disorders should not live in the margins of the society. Help needs to be available where it is the easiest to access”, affirms Dr. Lokky Wai, WHO Representative to Viet Nam. Viet Nam’s grassroots health care network is extensive – each town or community has at least one commune health station. This network can be mobilized to strengthen mental health services. “Utilizing the existing structures, reforming them where needed and building capacity within the organizations that are already a part of and trusted by the communities is an effective way to address mental health issues and expand the delivery of mental health care services beyond the psychiatric hospitals” outlines Mrs. Nguyen Tam, the director of a nongovernmental organization (NGO) called Basic Needs that works on mental health in Viet Nam.

In Da Nang, the NGO Basic Needs has worked closely with the department of health to develop and implement such a model. The network of health facilities in the province, especially the psychiatric hospital and the commune health stations, as well as the Women’s Union and the patients themselves work together to strengthen the continuum of care.

“Psychiatric hospitals work with very limited resources in providing mental health care services” explains Dr. Lam Tu Trung, the director of the Da Nang psychiatric hospital. As a part of the community based project of Basic Needs, the psychiatric hospital trains staff from selected commune health stations to identify mental health issues and to provide basic psychotherapy and follow-up care after psychiatric treatment. “I have seen many patients recover very well in my care during their stay at the hospital and then relapse as they return home to their communities,” says Dr. Trung. “Only by providing patients with the support they need in and outside of psychiatric hospitals, can we ensure that in the long term they are able to return to work and live healthy, productive lives”.

Ms. Huynh Thi My Tham, is a nurse at the Hoa Mình commune health station in Da Nang. She has been trained on mental health disorders, basic psychotherapy, communication and group facilitation skills. “The biggest reward for my work is to see my patients feel better and get their lives back,” she says. “At the beginning of the project implementation, when I would tell a patient they may have depression, they would often refuse treatment because they didn’t want to be labelled as a “crazy person”. Now, as the whole community knows more about depression and other mental health issues, this hardly ever happens. The patients want to understand their own condition better and receive help for it”, Ms. Tham proudly says.

The Women’s Union has members in every district, commune and village in Viet Nam. “When someone in the community is not feeling well, it is the women who know it first”, says Ms. Tran Thi Thu Hanh, vice-director of the Women’s Union in Da Nang city. As a part of the model for community based care for mental health, all members of the Women’s Union in the participating communes have been given basic training on how to detect depression. When someone is thought to have depression, he/she is sent to the commune health station for further assessment and then to the psychiatric hospital for diagnosis and treatment, if needed. “We also train our members to raise awareness about depression. It is crucial that we break the stigma around mental health disorders, so that no one is ashamed or afraid to get the help they need”, Ms. Tran Thi Thu Hanh explains.

At a screening organized by the Women’s Union and the Hoa Minh commune health station where Ms. Pham Thi Phung discovered that she might suffer from depression. “In 2013, both my parents died after several years of illness and I lost my job. I started feeling tired, sad and stressed all the time and simply couldn’t break the negative cycle of thoughts and feelings”, says Ms. Phung.

“The first times in group therapy were hard,” she recalls. “It was difficult to share my deepest and most personal emotions with others. But as I kept coming to the sessions, I noticed how I started feeling better and that sharing my problems with others helped. I felt less alone”. After several months of group therapy, Ms. Phung was selected to attend training on group facilitation. She now supports others to overcome depression.

Resources spent on mental health are a sound investment, explains Dr Wai of WHO. “Every dollar invested in scaling-up mental health services leads to four dollars in return for the economy – in better health and productivity. Investing in mental health makes economic sense, and failing to act can be very costly.”

The Da Nang experience provides an encouraging example of one option for Viet Nam to deliver more comprehensive, community-based mental health services in other provinces across the country.